Today's afternoon session focused on Winsor McCay's cartooning legacy. It was another full house, with folks standing in the back. Local illustrator Kevin Collier spent the session's first half introducing the audience to Little Nemo, Sammy Sneeze, and the Rarebit crew. He talked about Winsor's early drawings, made while he was a kid here in Spring Lake. 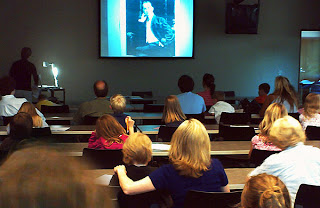 Kevin spent the second half leading everyone in a cartooning workshop, sharing hints, tips, and tricks of the trade... 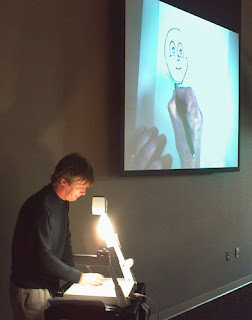 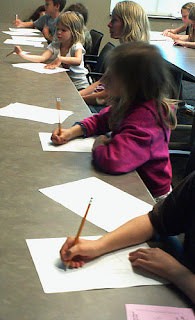 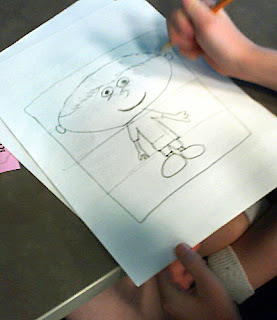 Surprise, surprise... there was another giant cookie to give away! 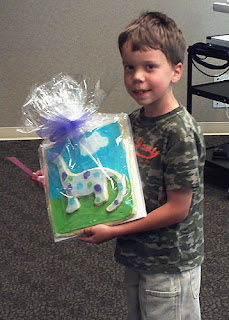 There was also a special awards ceremony for the talented kids from Spring Lake Intermediate School. All the McCay inspired artwork that has been on display at the library was judged, and prizes were awarded for what were deemed the top three pieces of art. 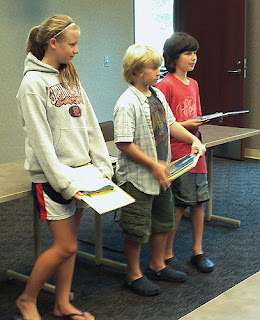 They received cool Little Nemo themed art supplies from Eeboo. Kyle shows us his great cartoon and his loot! 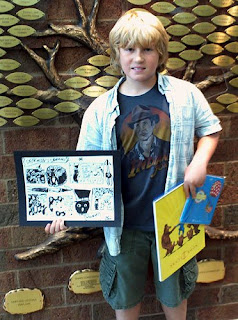 Thanks to SLDL and to Kevin Collier for the great afternoon!
Posted by Morpheus at Tuesday, June 17, 2008