Dream of the Rarebit Fiend

This is the next Winsor McCay book I would LOVE to see the Spring Lake Library acquire: 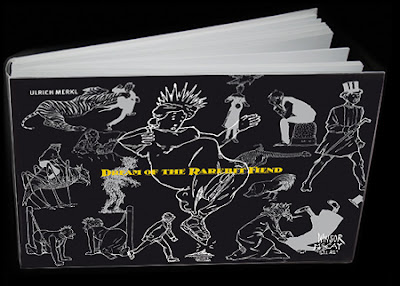 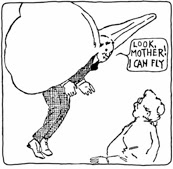 "Dream of the Rarebit Fiend" is a book that collects the entire run of McCay's comic of the same name. The strip pre-dates his Little Nemo comics but is parallel in its content. Every episode takes place inside a wildly fantastic dream and ends when the dreamer awakes. While the Nemo series continues its story from week to week, "Rarebit" episodes are self contained. Each episode has a new protagonist. And while Nemo fantasies are adventuresome, Rarebit's dreams are downright bizarre! Very creative and crazy. Like real dreams (or nightmares).

The book just came out and has been getting lots of nice reviews -- I came across some at Drawn and at BoingBoing and at CartoonBrew.

And there is a super video review put out by the Boston Globe -- definitely check that one out!

What is rarebit by the way? Take a look: