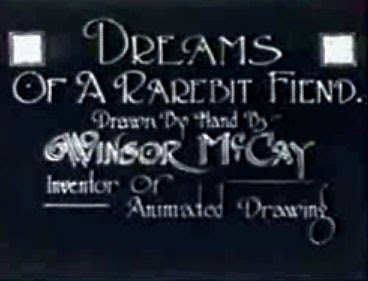 It appears McCay himself thought he was first. I wonder if he was even aware of Blackton??? McCay's work looks nothing like the few fiddlings that preceded it. Perhaps he was working from complete originality - unaware of anything prior to build from... Or maybe he knew of Blackton, but considered his process so different as to be a different art form...

(Later Update: Okay - I just recently discovered that McCay actually worked WITH Blackton when creating his (McCay's) animated films. In my mind, this just confuses things all the more... Did Blackton ALSO see McCay's work as significantly different than his own, as a brand new art form? Odd...)
Posted by Morpheus at Wednesday, May 21, 2008